Israel has killed a second top militant from the Palestinian Islamic Jihad group, as the death toll continues to rise from air strikes in Gaza.

Six children and several PIJ fighters - including leaders Khaled Mansour and Tayseer Jabari - are among the 28 Palestinians to have died.

Nearly 400 Palestinian rockets and mortars have been fired at Israel since Friday, an Israeli official said. Israel says it launched the operations due to "immediate threat" from PIJ.

The latest violence is the most serious flare-up between Israel and Gaza since an 11-day conflict in May 2021 left more than 200 Palestinians and a dozen Israelis dead.

The Israeli military is warning this latest operation - codenamed Breaking Dawn - could last for a week. In a second day of violence, Israel on Saturday killed senior PIJ leader Khaled Mansour in an air strike on a house in Rafah, southern Gaza.

The commander had previously survived five assassination attempts by the Israeli military, who accused him of planning militant operations out of Gaza.

His death follows a deadly Israeli air strike against Tayseer Jabari, another top PIJ commander, on Friday. As well as air strikes on Gaza, some 19 members of PIJ have been arrested in raids across the occupied West Bank, according to Israel.

Sirens warning of incoming missiles continued to sound in Israeli towns on Saturday, amid more reports of air strikes in Gaza. Gaza's health ministry blamed "Israeli aggression" for the deaths of Palestinians, and for the 203 people wounded.

Israel accused PIJ militants of accidentally causing at least some of those deaths - claiming on Saturday that the group fired a stray rocket killing multiple children in Jabalia, in the Gaza Strip. The BBC has not been able to independently verify this claim.

So far Hamas, the biggest militant group in the area - which has similar ideology to Islamic Jihad and often coordinates its actions with it - does not seem to be firing from its large rocket arsenal.

As a result, there are no reports of Israeli air strikes targeting Hamas, which would mark an escalation in the violence. Hamas issued strong statements on Friday night saying that 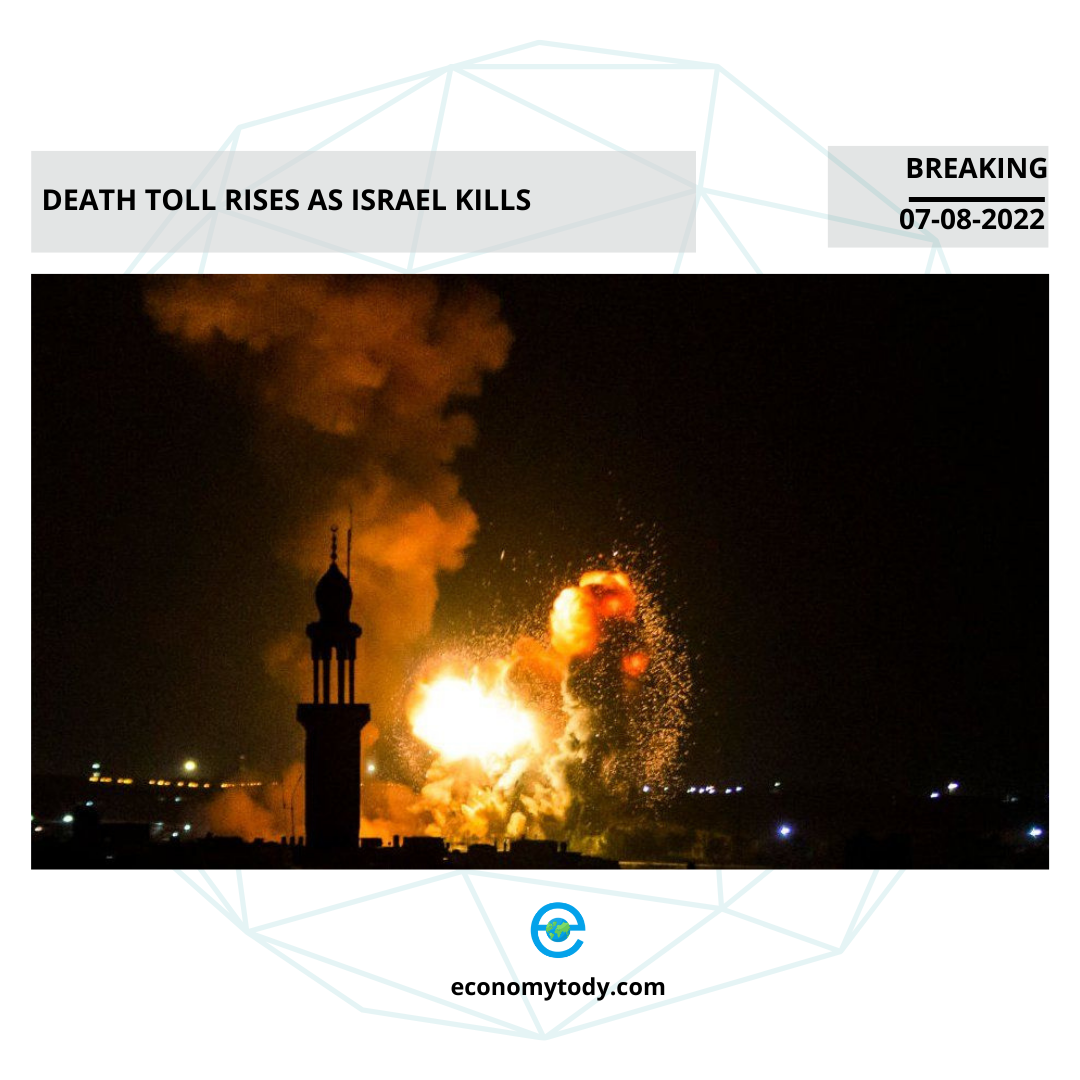 "resistance groups" were united. But because it governs Gaza it has its own practical considerations which may stop it from getting more involved.

The calculations of Hamas could change, if for example the civilian death toll in Gaza rises rapidly. If it does decide to join the fighting then it would quickly get much more intense.

Life in the Palestinian territory has already become much harder in the past week, after Israel closed its crossings with Gaza amid fears that Islamic Jihad would retaliate for the arrest of one of its leaders in the northern West Bank.

On Saturday, Gaza's only power station closed down because it had not received any fuel deliveries, an electricity company spokesman said.

The US State Department urged all sides to avoid further escalation - confirming its support for Israel's right to self-defence while noting the US's concern over reports of civilian casualties, Reuters news agency reports.

Hoping to prevent further violence, Egypt has also stepped in as a mediator between the two sides and reportedly sent a delegation of officials to Israel on Saturday to act as a go-between.

The IDF said its attacks targeted sites linked to PIJ, including the high-rise Palestine Tower in Gaza City which was hit on Friday in a loud explosion which left smoke pouring from the building.

In remarks delivered while on a trip to the Iranian capital Tehran, PIJ secretary general Ziyad al-Nakhala said: "We will respond forcefully to this aggression, and there will be a fight in which our people will win.

"There are no red lines for this battle... and Tel Aviv will be under the rockets of the resistance." The latest conflict closely follows Israel's arrest of Bassem Saadi, reported to be the head of PIJ in the West Bank, on Monday night.

He was held in the Jenin area as part of an ongoing series of arrest operations after a wave of attacks by Israeli Arabs and Palestinians that left 17 Israelis and two Ukrainians dead. Two of the attackers came from the Jenin district.

IDF found illegal weapons and a large sum of money in his house. We know from intelligence we cannot share details we know that they have PIJ operatives in Gaza close to the border trying to attack Israeli civilians.

PIJ, which is one of the strongest militant groups operating in Gaza, is backed by Iran and has its headquarters in the Syrian capital Damascus. It has been responsible for many attacks, including rocket-fire and shootings against Israel.

In November 2019, Israel and PIJ fought a five-day conflict following the killing by Israel of a PIJ commander who Israel said had been planning an imminent attack.

The violence left 34 Palestinians dead and 111 injured, while 63 Israelis needed medical treatment. Israel said 25 of the Palestinians killed were militants, including those hit preparing to launch rockets. - BBC