A Historical base algorithm accurately predicts Cardano (ADA) might surge to $3.60 by March 2022

Cardano (ADA) has seen a revival due to Bitcoin's recent rally, which can be ascribed partly to Jerome Powell's revelation that the government's desired balance sheet reduction, or quantitative tightening, will not occur.

Notably, the cryptocurrency market appears to be being pushed forward by persistently low-interest rates, affecting the price of ADA. Cardano's price has risen by more than 11 percent in the last 24 hours, indicating renewed market confidence. 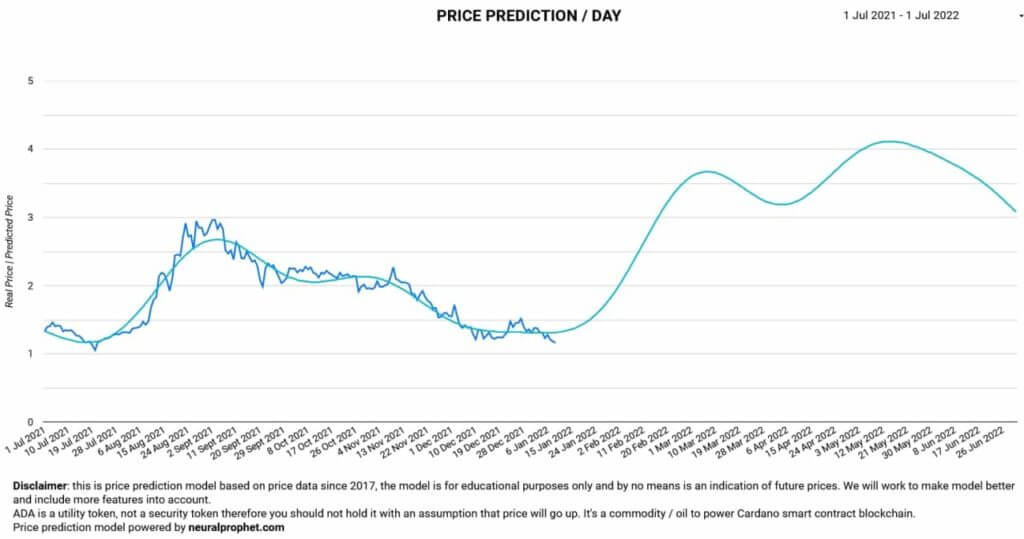 Although the price prediction model is for each day from July 1, 2021, to July 1, 2022, it is a daring projection for the decentralized asset, as the movement of the expected price wave has similarly paralleled the variations of the actual ADA price, including the recent bottom for Cardano. Historically, the forecasts have been somewhat accurate.

In contrast to the algorithm, the Cardano community predicts ADA would be $2.28 by the end of February, a 78 percent gain from its current price but still a long way from the algorithmic forecast of $3.60. 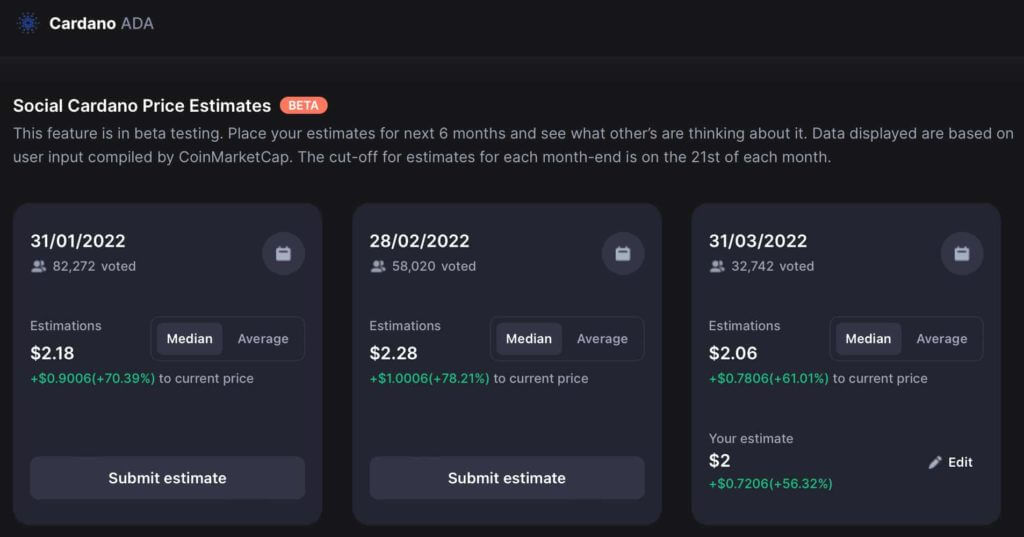 The 'Price Estimates' tool on CoinMarketCap's crypto data statistics platform allows users to make six-month price forecasts and learn what other people think about them in real-time. At the time of publication, 58,020 people had voted to determine a median price estimate. 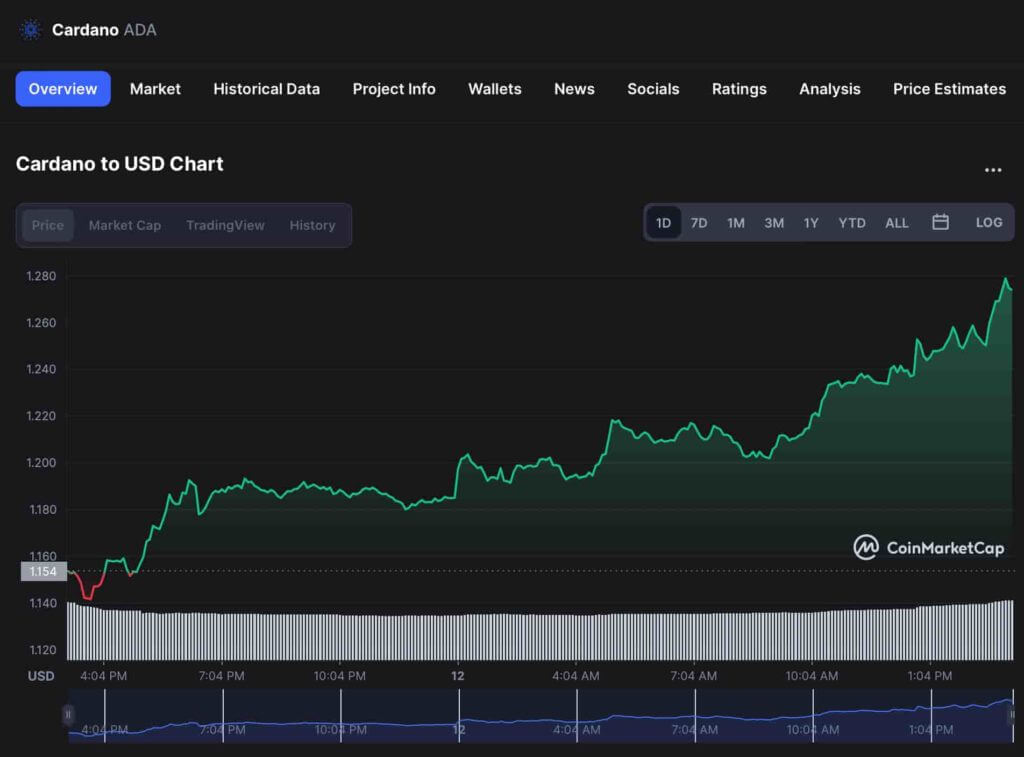 The Cardano Foundation, a non-profit organization that maintains track of advances on the Cardano network, said over the weekend that a restoration project using the cryptocurrency ADA has met its original objective of planting over 1 million trees, as we previously reported.

The Cardano Forest project is part of a more significant attempt by Cardano to create a climate-friendly blockchain.

Disclaimer: The content on this site should not be considered investment advice. Investing is speculative. When investing, your capital is at risk.