Retail sales grew by 2.7% in July from a year ago, the National Bureau of Statistics said Monday. That’s well below the 5% growth forecast by a Reuters poll, and down from growth of 3.1% in June.

Industrial production rose by 3.8%, also missing expectations for 4.6% growth and a drop from the prior month’s 3.9% increase. Investment into real estate fell at a faster pace in July than in June, while investment in manufacturing slowed its pace of growth.

China reported data for July that came in well below expectations. Retail sales grew by 2.7% in July from a year ago, the National Bureau of Statistics said Monday.

That’s well below the 5% growth forecast by a Reuters poll and down from growth of 3.1% in June. Within retail sales, catering, furniture and construction-related categories saw declines.

Sales of autos, one of the largest categories by value, rose by 9.7%. The gold, silver and jewellery category saw sales rise the most, up by 22.1%. Industrial production rose by 3.8%, missing expectations for 4.6% growth and a drop from the prior month’s 3.9% increase.

Fixed asset investment for the year's first seven months rose 5.7% from a year ago, missing expectations for 6.2% growth. Investment into real estate fell faster in July than in June,

while manufacturing investment slowed its growth rate. Investment into infrastructure rose slightly more quickly in July than in June. Fixed asset investment data is only released on a year-to-date basis. The unemployment rate among China’s youth, ages 16 to 24, was 19.9%.

The unemployment rate for all ages in cities was 5.4%. “The national economy maintained the momentum of recovery,” the statistics bureau said in a statement. But it warned of rising “stagflation risks” globally and said, “the foundation for the recovery of the domestic economy is yet to be consolidated.”

Analyst forecasts for July were projected to show a pickup in economic activity from June, as China put the worst of this year’s Covid-related lockdowns behind it, especially in the metropolis of Shanghai. 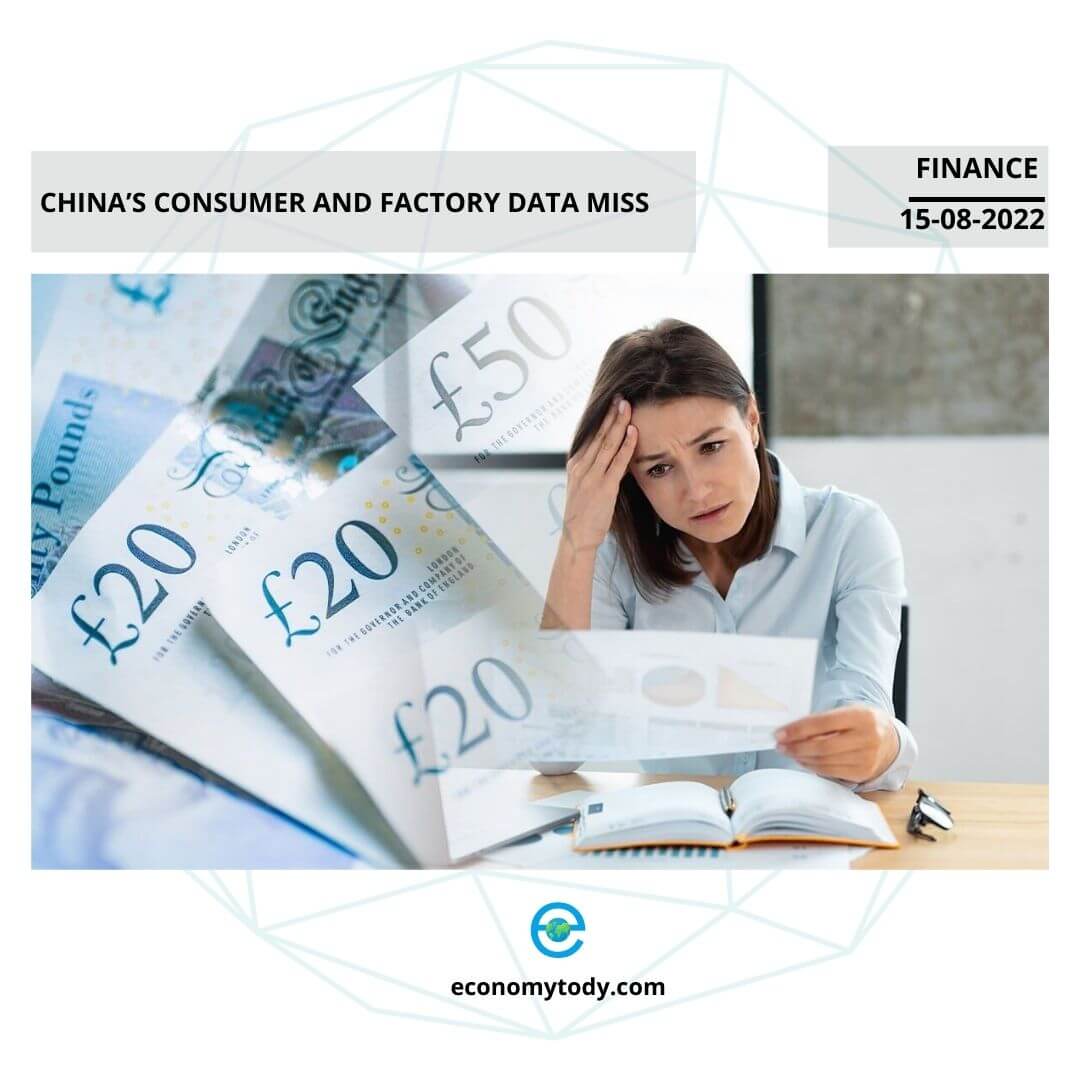 However, China’s massive real estate sector has come under renewed pressure this summer. Many homebuyers halted their mortgage payments to protest developer delays in constructing homes,

which are typically sold ahead of completion in China. The deterioration in confidence puts developers’ future sales — and an essential source of cash flow — at risk.

The potential for a Covid outbreak has remained another drag on sentiment. A surge of infections in tourist destinations, especially the island province of Hainan, stranded tens of thousands of tourists this month.

The local situation reflects the large gap between goals set at the beginning of the year and the ensuing reality. Hainan had set a GDP target of 9% but could only grow by 1.6% in the first six months.

Similarly, China’s GDP grew by just 2.5% in the first half of the year at a national level, running well below the full-year target of around 5.5% in March.

China’s top leaders indicated at a meeting in late July the country might miss its GDP goal for the year. The panel did not signal any forthcoming large-scale stimulus while noting the importance of stabilizing prices. The country’s consumer price index hit a two-year high in July as pork prices rebounded. - cnbc