What is Crypto Trading? And The History of Currencies.

Has this thought ever occurred to you, why is there so much fuss about cryptocurrencies?

If it did, then let’s start the discussion.

A cryptocurrency also known as "crypto" is cryptography secured digital or virtual currency. And it is almost impossible to forge or double-spend cryptocurrency.

Cryptocurrencies are not issued by any central authority, and it is theoretically independent of government involvement or manipulation.

The first cryptocurrency was Bitcoin, which was founded in 2009, it’s creator (or creators) remain anonymous. At present time there are more than 7,300 cryptocurrencies.

A Basic Overview Of Crypto Trading

Cryptocurrency is a virtual currency and it's a digital payment system that doesn't rely on banks to verify transactions.

When cryptocurrency funds are transferred, the transactions are recorded in a public ledger. Crypto is stored in digital wallets.

Cryptocurrencies are bought through an exchange system where you purchase the coins yourselves. To purchase you have to create an exchange account, put up the full value of the investment to unlock a position, and store the tokens in the digital wallet until the owner is ready to trade it.

The History Of Currencies

Currencies were invented way before the beginning of written history. The ancient history of currencies and their transformation throughout the centuries are presented here: 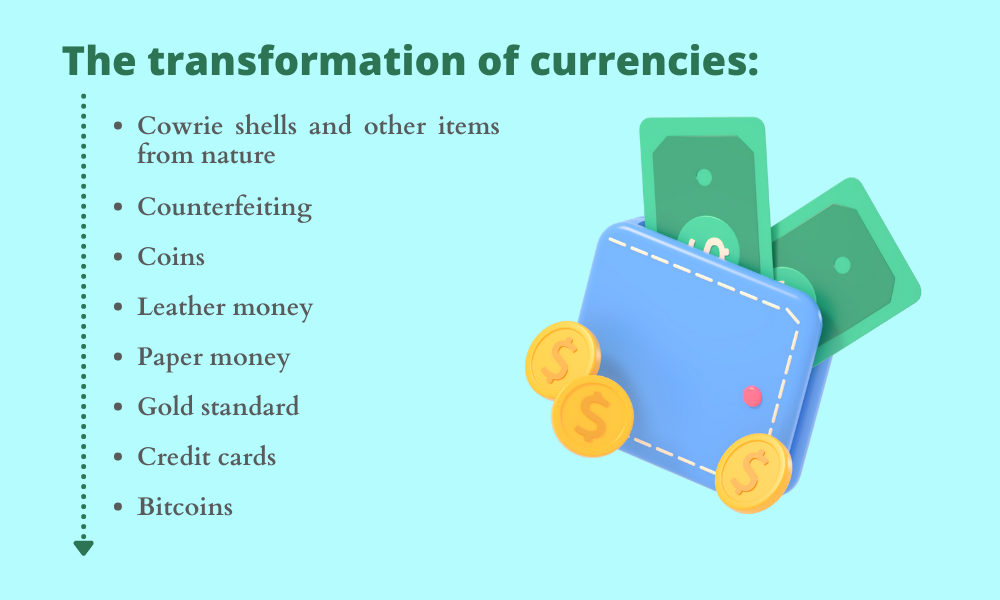 So now if you are interested to know the history of currency, then keep reading.

The oldest form of currency was the objects collected from nature. Mainly cowrie shells which were first used as a form of money in about 1200 BCE.

Another form of currency used from nature was whale teeth used by Fijians. And Yap Island which is now part of Micronesia used large discs of limestone to be carved, and now those currencies are a part of their culture.

Counterfeiting means manufacturing fake money to make a profit. The fake copies used to be so accurate that people could not make a difference among them.

Still, forgery is a serious issue around the world. Many punishment laws were formed for this crime.

We all are familiar with this form of currency right! In Babylon maybe before 2000 BCE, for the first time metal was used to make a form of money but standardized and certified coinage was invented after the 7th century.

And till date is being used as a form of money.

In about the 6th century BCE currencies were made out of leathers.

It is said that Early ancient Rome people used this type of money and it was also found in Carthage and France.

Even Russia in Peter the Great’s reign (1682–1725 CE) and The Chinese emperor Wudi (reigned 141–87 BCE) made currency from the skin of his personal collection of white stags with detailed designs & decorations. Though leather money is to no extent, it did leave a long-lasting heritage.

Still, some people do believe that leather money will come back in the use of buck as slang for dollar.

People believe that paper money originated in China, Emperor Zhenzong introduced the paper currency to the world in his reign (997–1022 CE). The bark of mulberry trees is the raw material of paper money.

OK, I know what you’re thinking, that money did grow on trees, right?

In the late 18th and early 19th centuries, paper money traveled to other parts of the world. But in the traditional sense, the bulk of this currency was not money.

​Rather than it was functioning as promissory notes promising to pay specified amounts of gold or silver, it was the initial stage of the development of banks.

Fiat money currency comes with several problems. It's issued on the “fiat” (decree) of an imperial government and it has no fundamental value, like gold and silver coins.

In this manner, countries can create and supply such money at will, and some countries potentially made the money valueless.

For example, In the 2000s Zimbabwe issued currency in the community as high as $100 trillion, its value was nearly a loaf of bread.

Credit cards have been in used for ages, in the year 1950 the first universal credit card was first introduced. Then, in 1959 American Express debuted a plastic card.

With the American Express card, consumers can carry balances on it. According to the usages of the card, an amount of interest was charged by the company.

Seeing the success of credit cards the other companies quickly started to follow the trend.

Afterward, many more plastic cards were introduced . Credit cards are still in use, and it's a very popular form of currency.

Bitcoin is a decentralized digital currency system introduced in the year 2009 by an unidentified computer programmer or group of programmers known as Satoshi Nakamoto.

It is not issued and regulated by any central bank. Although, a decentralized network of computers keeps tracking its transactions. The users of Bitcoins are anonymous and are only known by their digital wallet ID.

21 million Bitcoins can be created, and till now more than 17 million have been created so far.

What is Cryptocurrency Trading

Crypto trading is the act of speculating on crypto price movements through a Contract for Difference trading (CFD) account or to buy and sell the crypto through an exchange.

Contract for Difference trading are derivatives, which permit you to speculate on crypto price movements without taking proprietorship of the cryptocurrencies.

If the holder thinks the value will increase in the future, then they hold the investment for the long term. And do the opposite when they anticipate the value will decrease.

Buy and sell cryptocurrencies through an exchange:

When you purchase crypto through an exchange, you are purchasing the coins themselves.

Afterward, you have to create an account for exchange, put up the entire value of the asset to open a position and store the crypto tokens in your account wallet until you agree to sell it off. 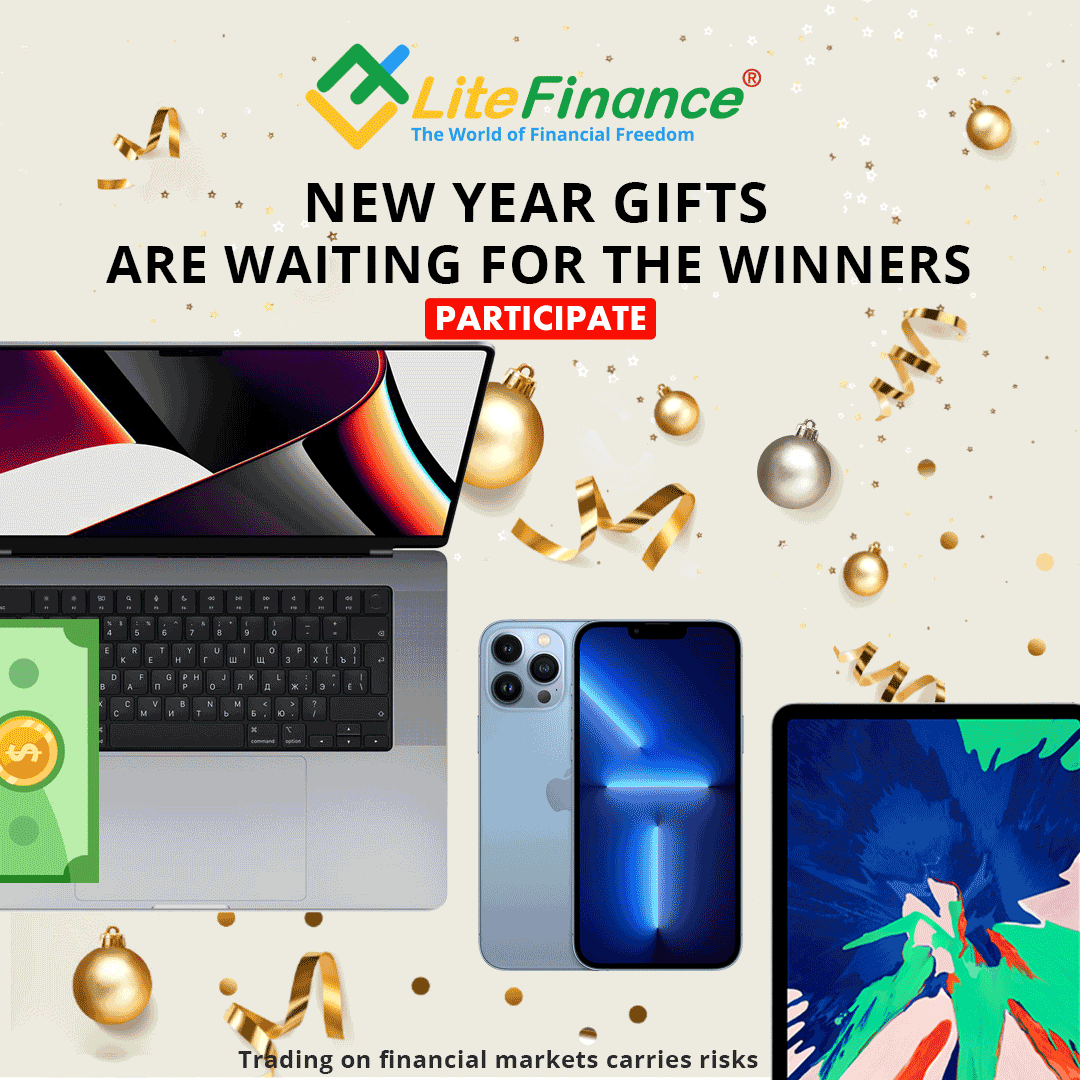 How to Buy & Sell Cryptocurrency

You must be thinking about how to trade in cryptocurrency safely. No worries, here are some tips for you.

The first step is to decide which platform you want to use.

After choosing the platform, the next step is to fund your account to start trading.

You can place an order through your assigned brokers or exchange's on the web or mobile platform by yourself.

There are also 3 other alternative options to invest in cryptocurrency

There are mainly 2 options for selling cryptocurrency:

An exchange service is a systematic business that is interrelated with the traditional banking system.
​​​​

By selling peer-to-peer, you can avoid the traditional banking system to a certain extent by making payments in cash, or using a payment app, for example, PayPal. You can also settle the transaction with goods or services.

Well, I will stop here even if there is a lot more to discuss cryptocurrency! A LOT! But this is not an ebook and is already a very long post! At least it gave you a few helpful tips on crypto trading.

Thank You for reading.